The Comacchio Lagoons represent the largest wetland complex in Italy and the main attraction of the Po Delta Park.

The bird population is the most spectacular element of this nature reserve, with dozens of water bird species.

For this reason, this area of the Po Delta Park is considered the ‘Italian Camargue’.

From Pesca Foce Station there are boat trips,footpaths and cycle paths that will take you on a journey of discovery of a truly unique eco-system of endless water, tiny patches of land, and fishing huts. Wherever you turn,there is chance to learn about the history of fishing relating to the traditional ‘lavoriero’, a trap placed in the water to catch eels as they migrate to the sea driven by their reproductive instinct, separating them from other fish such as mullet, sea bass, sea bream, ‘passere’ and ’acquadelle’.

The ‘huts’ served as fishing stations as well aslook-out points to protect the lagoons from illegal fishing.

They are a key feature in this unique, spellbinding tourist itinerary, which extends from the river banks, along the inner canals to the lagoons. Other reserves to visit in these lagoons are the Valle Zavalea, at the far north westerly end, and Valle Campo, which can be accessed via the SS 309 Romea.

The salt flats cover an area of approx. 550 hectares north east of the main lagoon complex. They still house a salt-extracting system built in the Napoleonic era and bear witness to the role played by Comacchio in the production of salt since ancient times.

It consists of a succession of canals, stretches of water, and basins for the collection of sea water, and the evaporation and crystallization of salt. This environment, which is exceptionaldue tothe high concentration of salt in the surrounding waters, is home tounique species of plants as well as water birds. Moreover, it is a very important stopover for migrating birds. This rich and tranquil environment make the salt flats a vitalarea for many species to nest. Among these,a large colony ofred flamingos, one of few in Europe, have chosen to settle in this magnificentlocation.

This extraordinary natural site is listed as a Wetland of international importance by the Ramsar Convention, and a Project of Common Interest and Special Protection Area for the conservation of wild birds by the European Union. 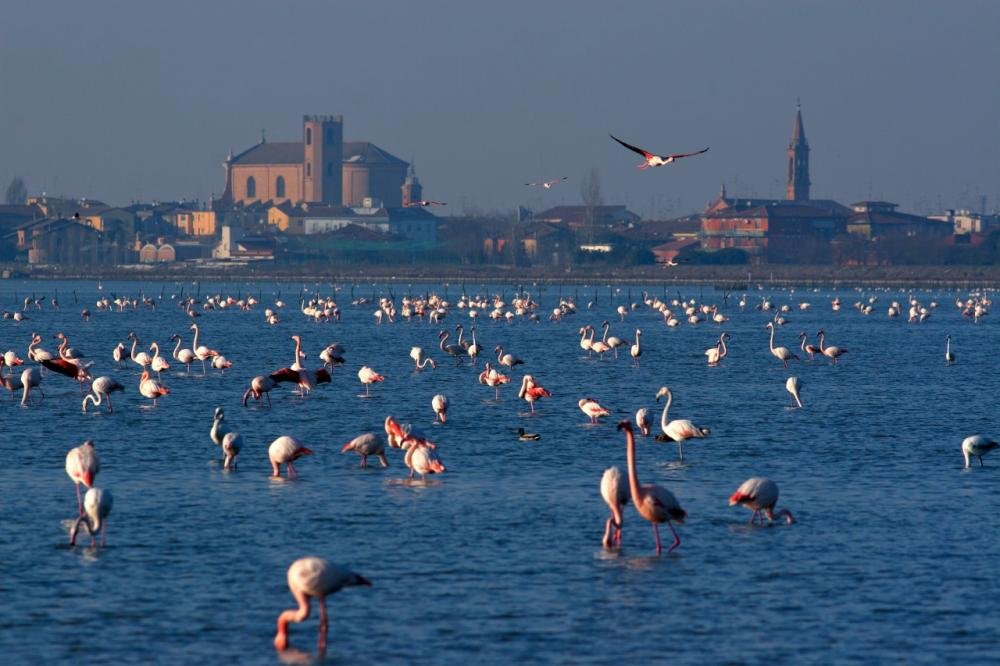 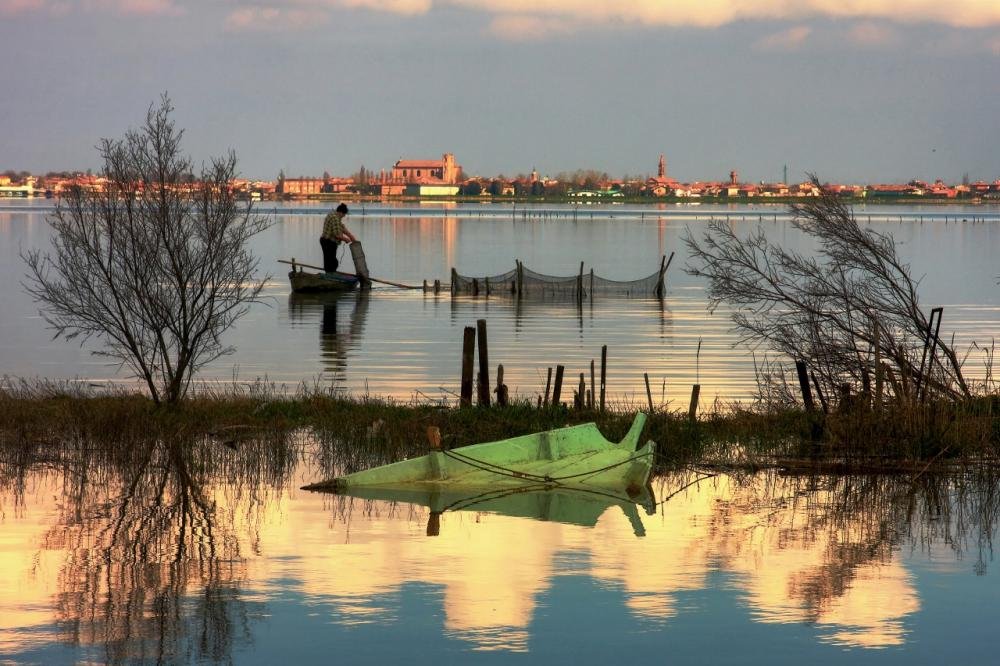 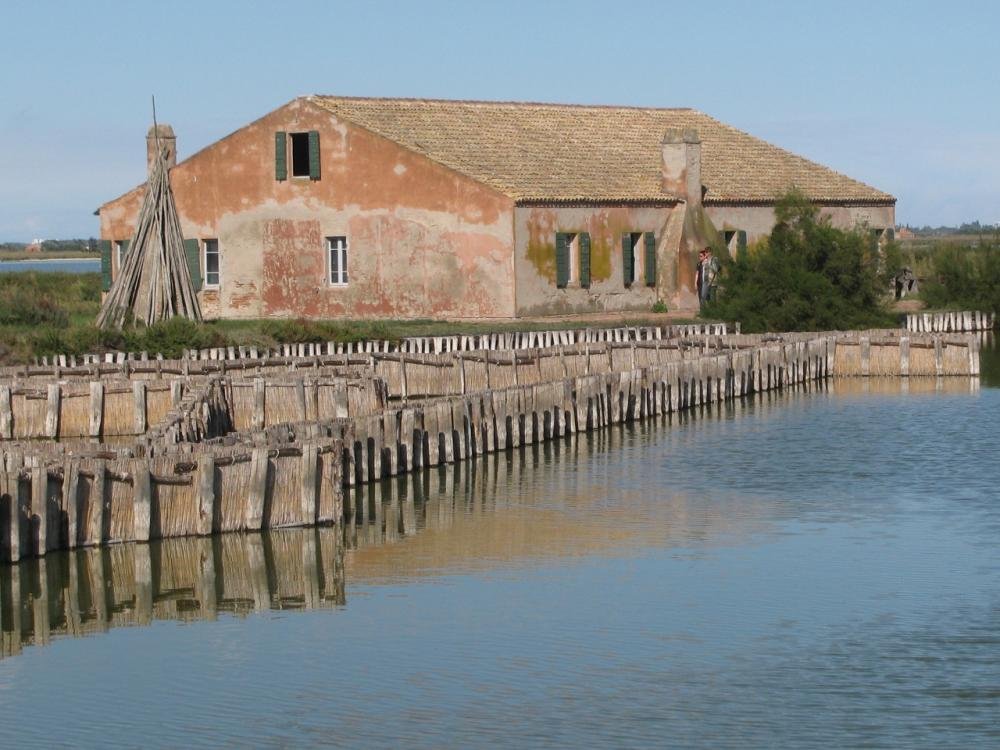 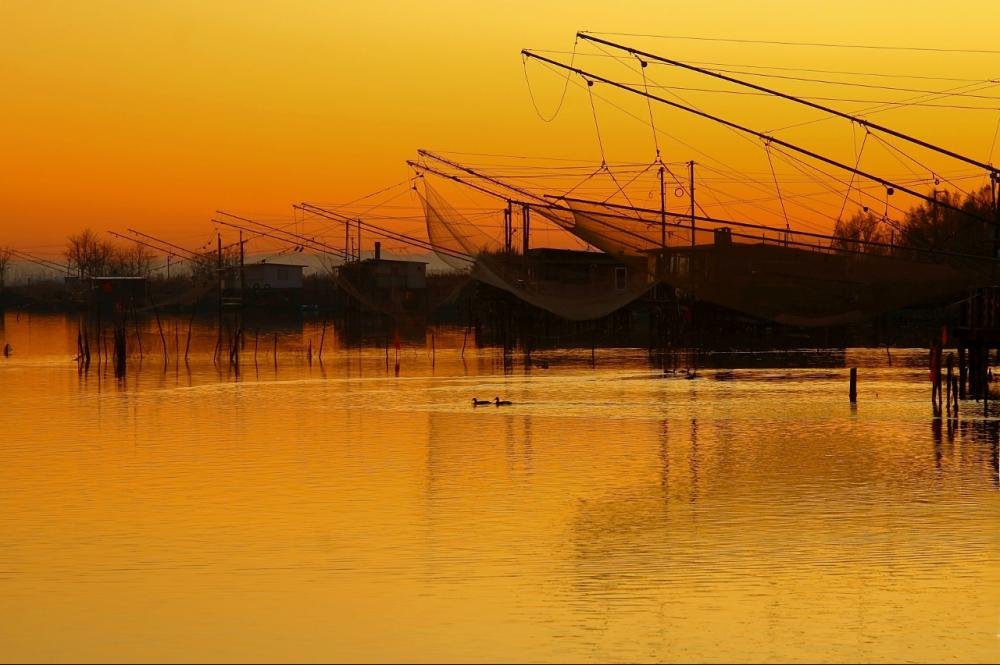 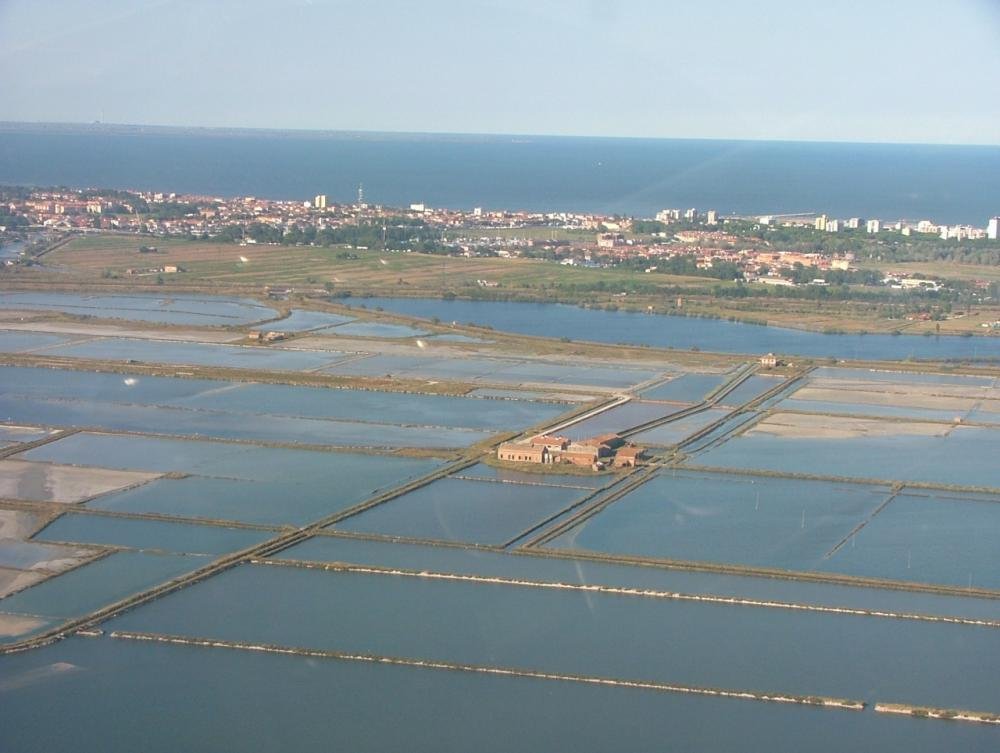 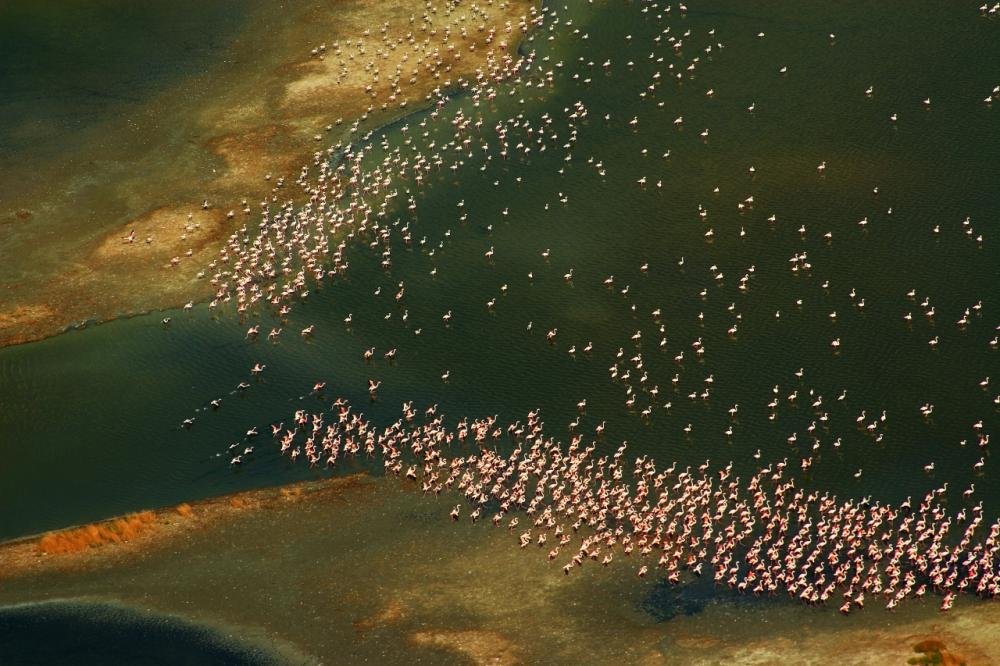 The Comacchio's lagoons by boat

BOAT EXCURSION in the Lagoons of Comacchio, departing daily from Stazione Foce, with guided tour of the ancient fishing houses

Exclusive tour for photographers and birdwatchers